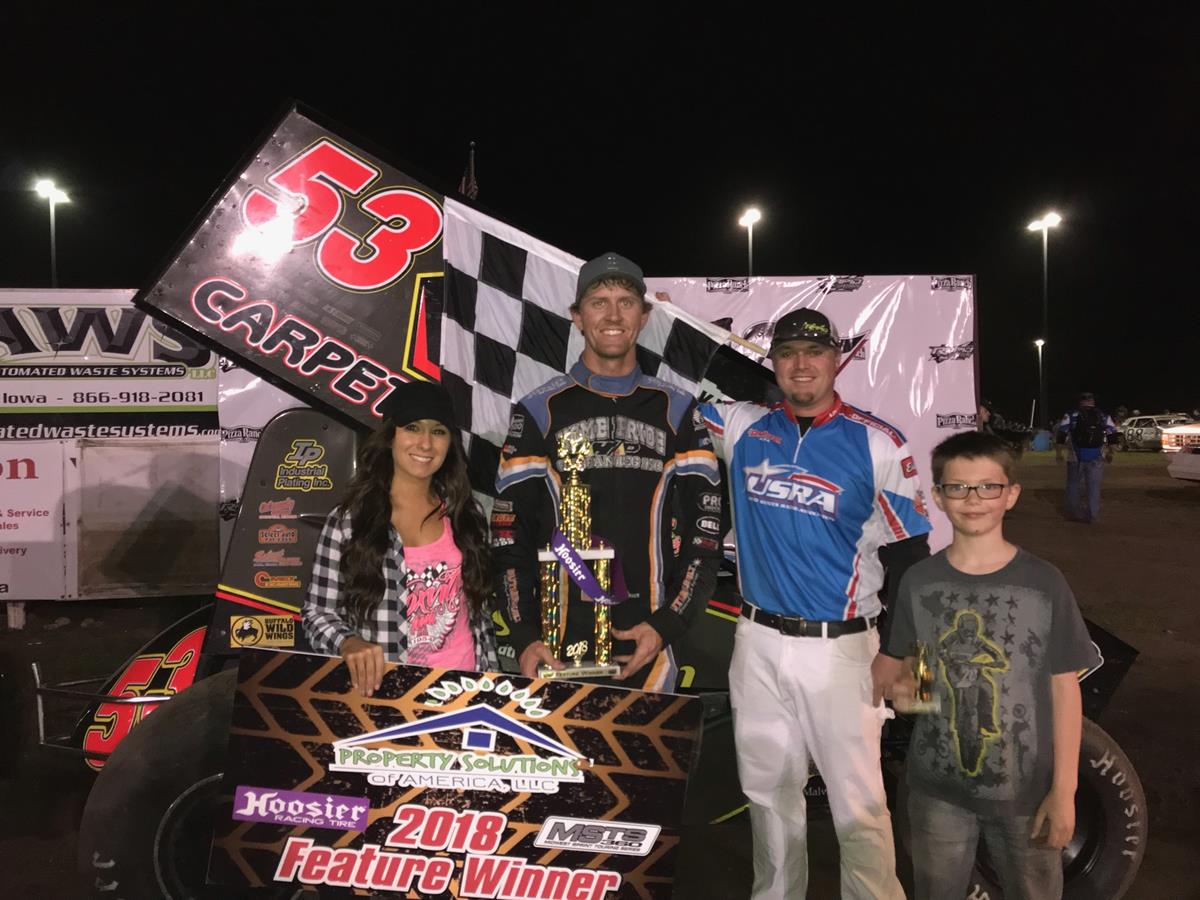 Dover and Lee Grosz paced the field for the 25 lap feature. It was Grosz taking the initial lead and looked to be well in control of the event until smoke and flames erupted from the #4J. Grosz escaped unharmed. That handed the lead to Dover who wouldn’t look back.

The red flag came out earlier in the feature when Jody Rosenboom tangled with Lee Goos Jr. Both drivers flipped on the front chute but escaped from harm.

Up next, Jackson Motorplex will host its first MSTS 360 event on Friday followed by the Memorial Day Clash at Park Jefferson on Saturday.